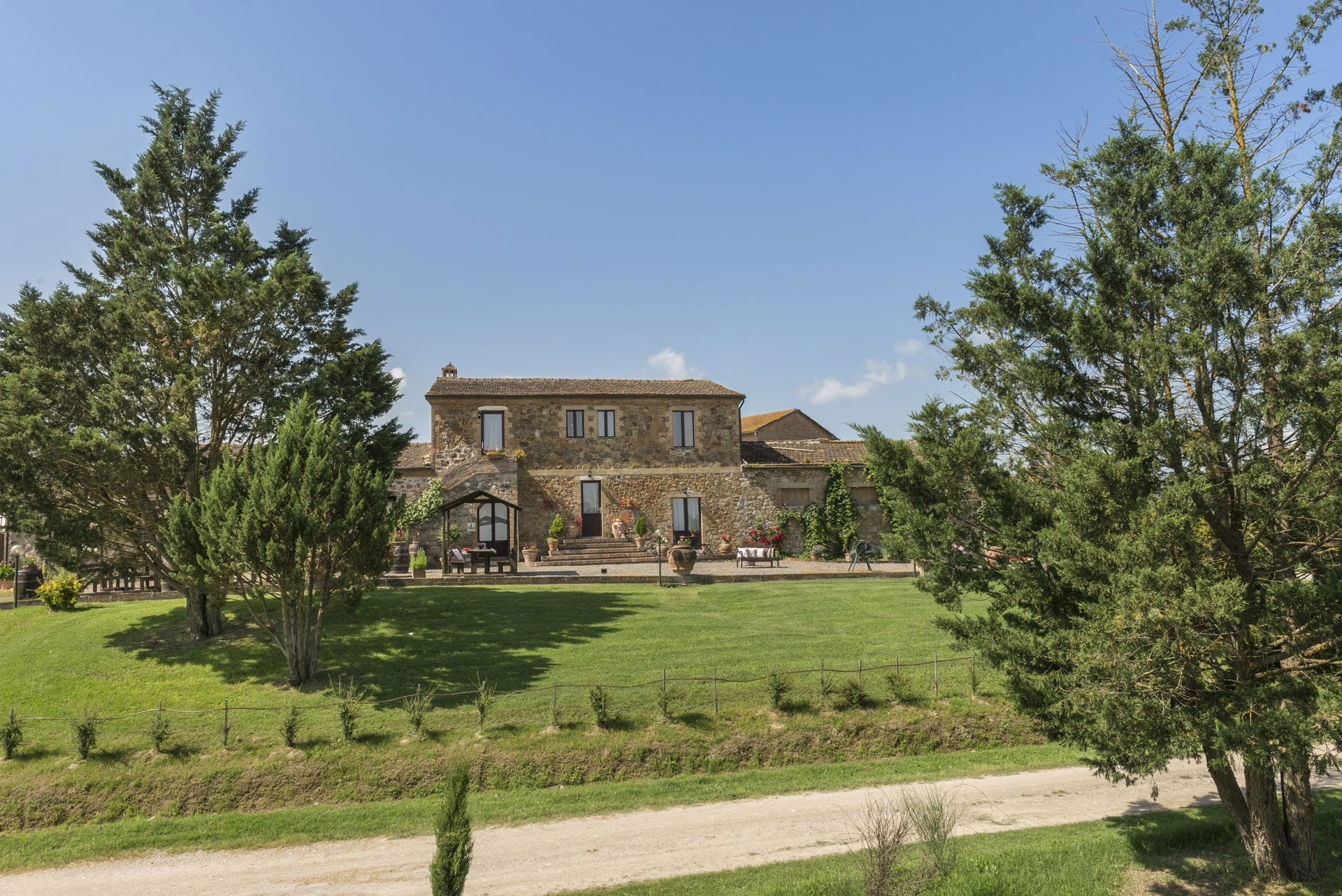 Dating back to the early 1900s, the farmhouse was, until 1987, the residence of jockeys who participated in the renowned Palio di Siena; it has been completely renovated, but retains details of the time, such as stone walls and ceilings with exposed beams, which make it one of the most characteristic farmhouses in Tuscany. In 1987, the current owners took possession of it. 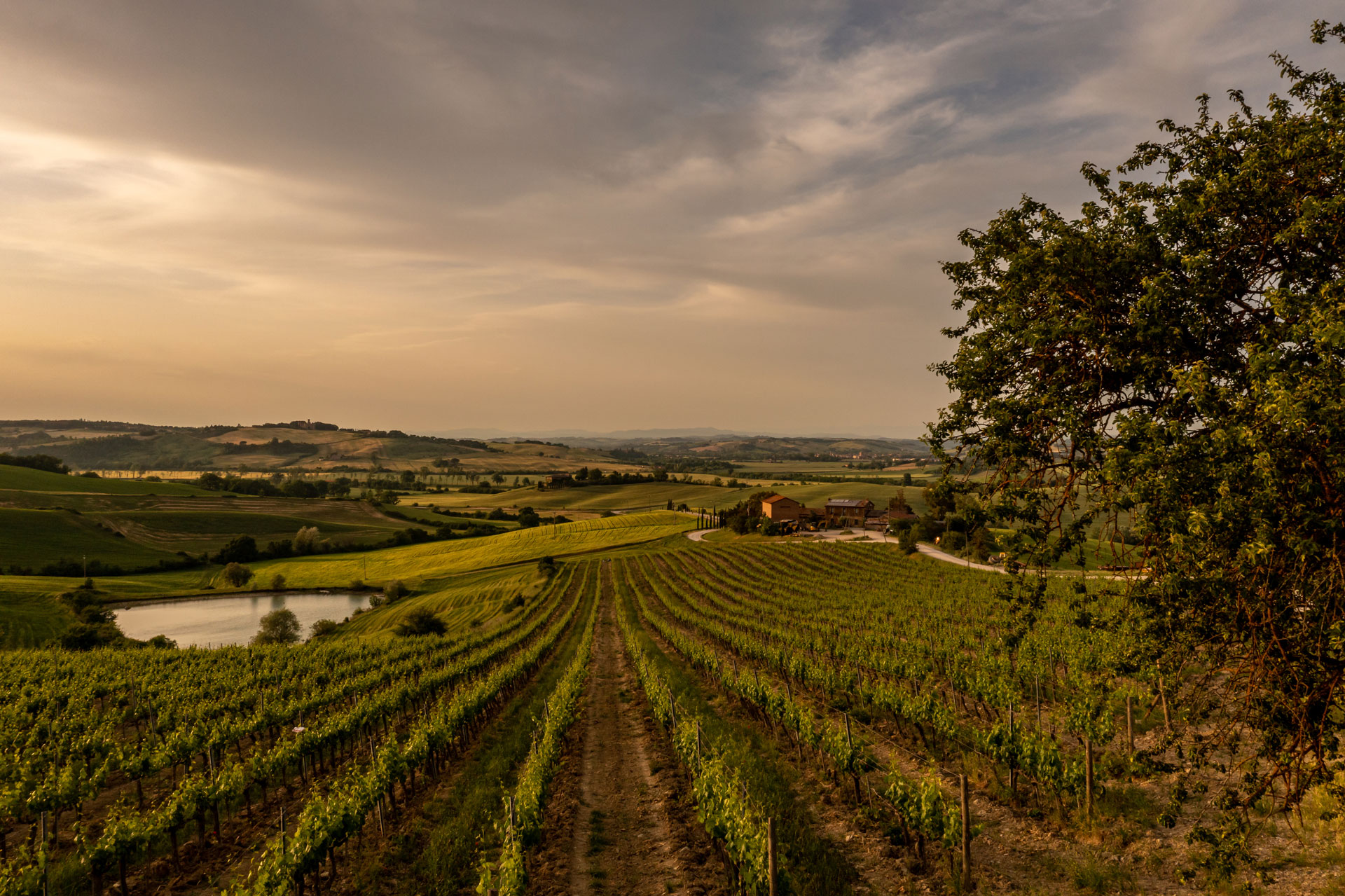 These dedicated themselves, until the early nineties, only to the cultivation of the land, allocating them substantially to crops such as hay and cereals.
Then, in 1993, the birth of the Agriturismo, followed almost immediately by that of the Locanda; and just five years later, in 1998, the first hectare of Vigneto di Brunello was planted, and gradually the other eight, so currently, of the approximately 70 hectares of land on which the company extends, 6 are planted with vineyards and, of these, five are affected by Brunello and one by Rosso di Montalcino.

The cellar was completely renovated in 2020 by intervening on a careful and non-invasive renovation on the original rooms made of stone walls and majestic arches that connect the aging and winemaking rooms.

In these places our organic grapes and cutting-edge winemaking technology meet, together they create products of excellence such as Rosso and Brunello di Montalcino. 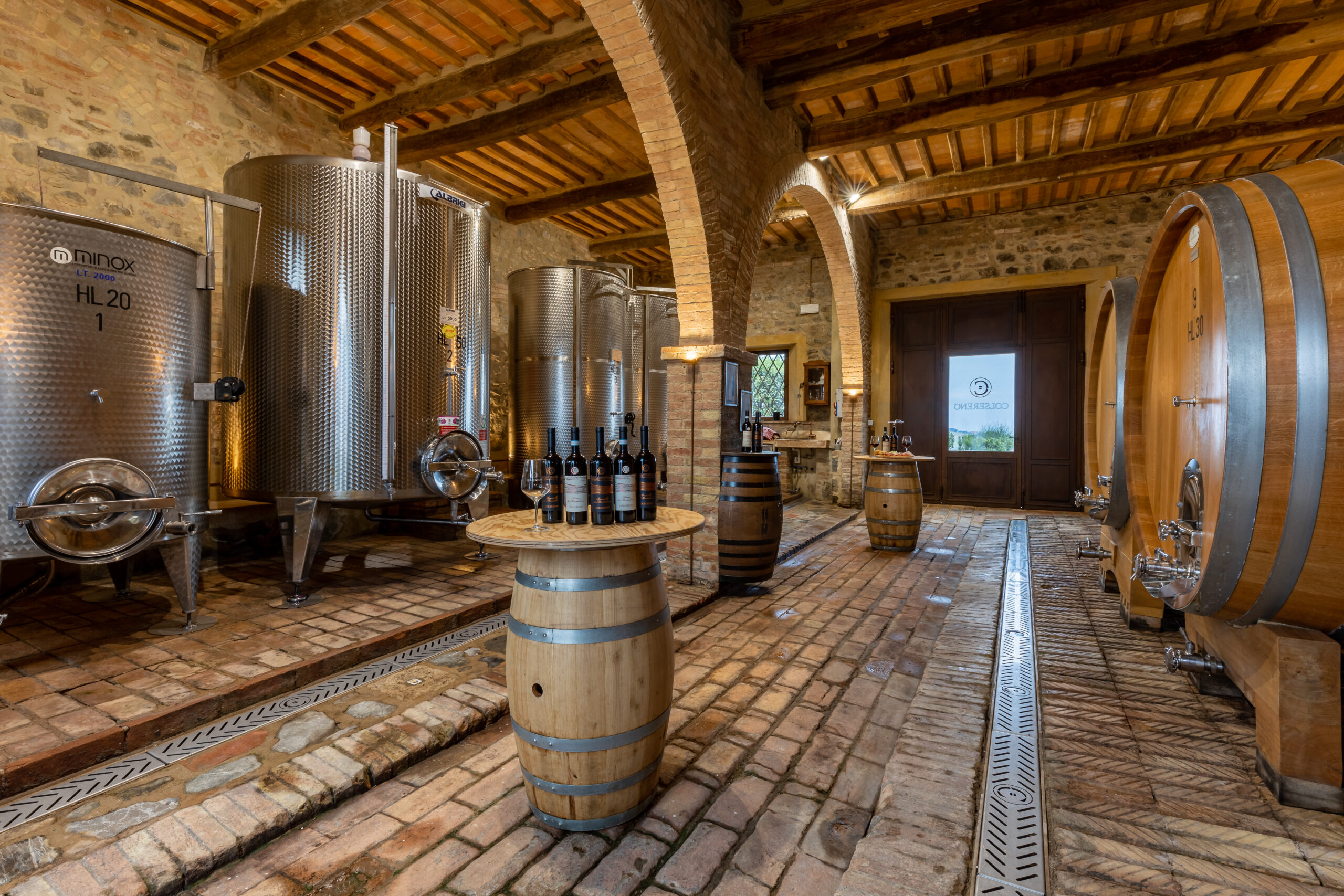 The organic grapes are harvested and selected manually with great care, only the best bunches are brought to the cellar, once the grapes reach 50 hl stainless steel vats, carefully selected yeasts are added.
Organic wines for both Brunello di Montalcino D.O.C.G. and for the Rosso di Montalcino D.O.C. they are aged in 30 hl Slavonian barrels and in 500-liter tonneau, to which a specific roasting is carried out in order to better wrap our wines and enrich them with their characteristics.

Brunello di Montalcino D.O.C.G. it is aged in 30 Hl Slavonian oak barrels and in 500 liter Tonneau, to which a specific roasting is made to enrich our Brunello with their characteristics.

Rosso di Montalcino D.O.C. it can have a possible aging passage in 30 hl Slavonian oak barrels to which a specific roasting is done in order to make our Rosso with its own characteristics.